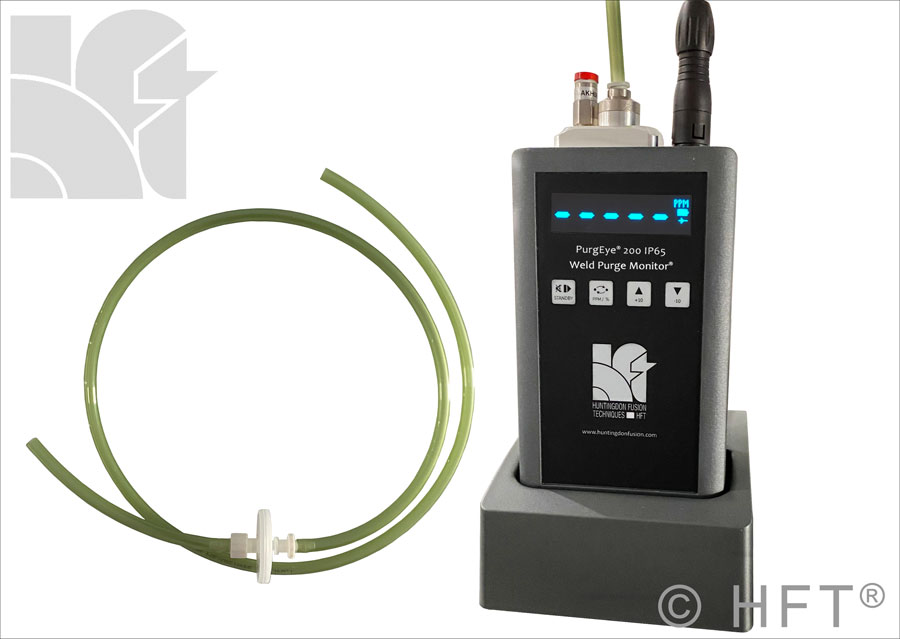 When welding metals such as stainless steel and titanium, it is essential to measure the oxygen level before, during and after welding using a Weld Purge Monitor®.

Georgia Gascoyne, CEO for HFT® said: “PurgeNet™ allows networking to a range of accessories. Typically, one accessory allows direct interface to an Orbital Welder or any other automatic welding machine, so that the oxygen level in the vicinity of the weld can be monitored and the welding machine can be switched on or off according to pre-set oxygen levels. A second accessory is a warning lamp that can signal when oxygen levels are low and high according to pre-set levels.”

The revolutionary portable PurgEye® 200 is now manufactured with a new OLED (organic light emitting diode) display, which will give brighter, clearer and sharper readings for viewing at greater distances than before and at wider angles. These OLED displays are mainly symbol based rather than text based, making the menus internationally comprehensible. 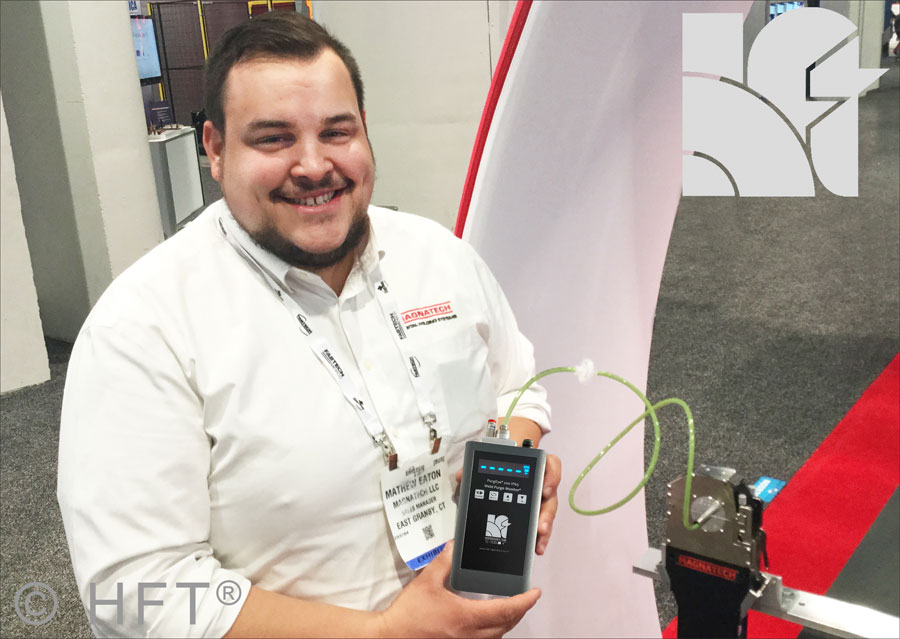 The PurgEye® 200 operates either on batteries or mains power. Charging can also be carried out from a dock (optional) and battery life is much longer than its predecessor. Along with louder, pre-settable audio alarms for rising or falling oxygen levels, the PurgEye® 200 comes complete with a faster response long life sensor.

This updated model has an integral electro-mechanical pump so that it can be used to extract samples from a weld purge zone, in the event that there is insufficient flow rate or positive pressure to activate the sensor correctly.

The PurgEye® 200 Weld Purge Monitor® reads down to 1 ppm (very accurate to 10 ppm) for the accuracy that other oxygen measuring instruments don’t give. The Monitor is IP65 rated, which means it can be used in very demanding areas where instruments are used on site, such as in desert or tropical conditions. PurgeLog™ software also gives Weld Purging results to give quality control documents for each weld. The monitor also has the capability to switch between percentage oxygen and parts per million shown on the display.