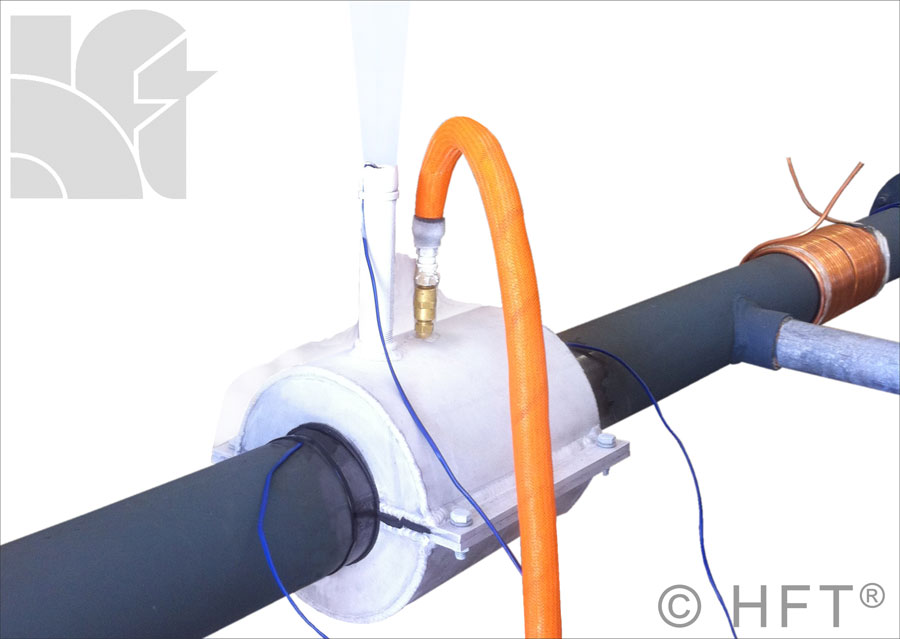 Public buildings, factories, manufacturing plants, power stations, hotels, sports facilities, stadiums, apartment blocks and all commercial constructions may have pipework systems such as sprinkler systems for example, that are full of water or other fluid that need to be completely drained for the smallest of repair. Such drainage costs time, money with respect to the product that is lost, plus delays and costs related to bring the system back online.

Now repairs can be done in-situ with the Accu-Freeze™ System, which will work on metal and plastic pipes up to 12” diameter, making ice plugs either side of the repair site without draining the whole system.

The Pipestoppers® Division of Huntingdon Fusion Techniques HFT® recently carried out an installation of an Accu-Freeze™ System for a client who was contracted to repair pipework in large blocks of apartments. Working in the plant room, access was pretty tight as the pipes were only 6 – 8” from the ground. At one end of the pipe there was a pressure gauge and at the other, a 1,000 litre hot water cylinder. Ambient temperature in the pipe was approximately 38ºC.

A 6 mm ø copper coil was wrapped around the 2” carbon steel pipe between the hot water cylinder and the repair site. A freeze was performed using the Accu-Freeze™ System connected to a Dewar of liquid nitrogen (LN2). Within 50 minutes a solid ice plug had been formed, blocking the flow from the cylinder to enable the pipe section to be cut out and replaced. Following the repair work, the ice plug defrosted naturally and the flow continued in the system. Minimum disruption, no system drain down, no air locks and extremely quick in relation to the alternative! 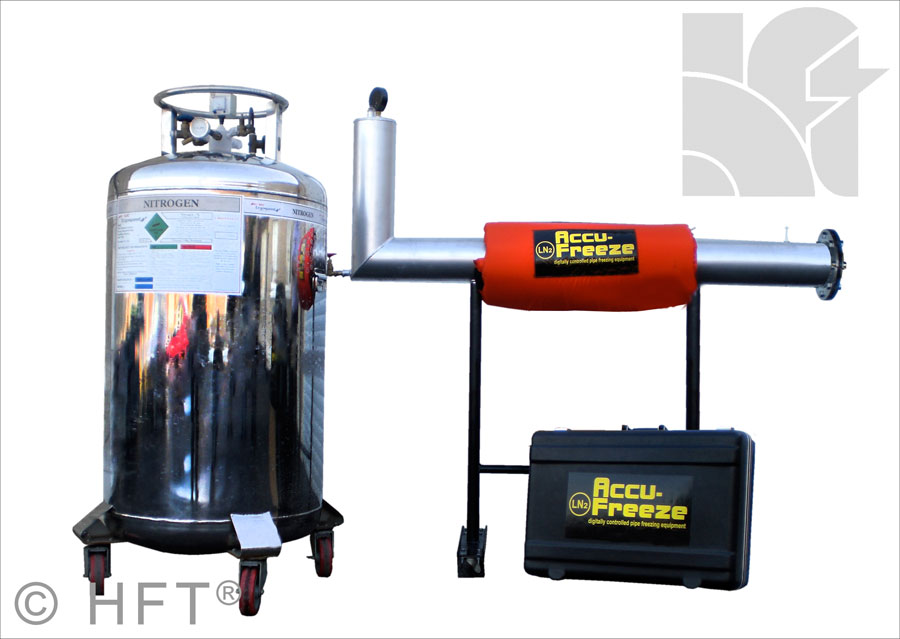 Accu-Freeze™ utilises LN2 in a controlled way to freeze stationary liquids in a selected section of pipe or tube. By controlling the surface temperature, Accu-freeze™ can accurately and safely form an in-line ice plug, capable of withstanding 138 bar in diameters up to 12” (300 mm).

The primary advantages of the patented Accu-Freeze™ System include:

- The ability to control the pipe wall temperature throughout the freeze process.
- No need to shut off and drain the entire system.
- Remote operation, for use in danger areas where operating personnel would otherwise be at risk.