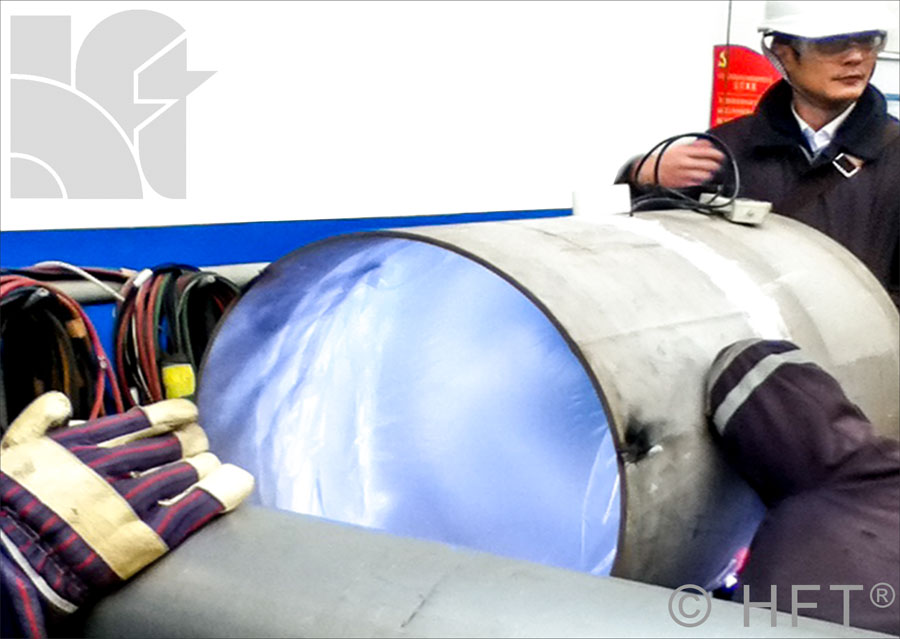 Weld Purging a variety of pipes of different diameters can prove complex and costly, particularly when having to fill whole pipework systems with expensive argon gas. One solution that welders have traditionally devised has been to construct homemade foam or paper dams that are placed either side of the weld, constricting the purge volume to make weld purging times shorter.

Homemade foam or paper purge dams have severe technical limitations that can lead to loss of welds when they leak or slip from position thus flooding the welding zone with oxygen.

Weld Purge Film® Kits can be used on pipe diameters up to 900 mm (36”) and for temperatures up to 300ºC (572ºF) without the material burning and losing the weld purge.

These low cost Kits will save operators high costs by minimising gas usage and dramatically reducing the time taken to make a purge. Weld Purge Film® Kits have been designed and developed by HFT®, containing product accessories needed to manufacture dams that will not come loose during welding.

The technical advantages of using water-soluble film instead of other materials include:

After welding, the water-soluble film is simply washed away during the standard hydrotest cycle or by flushing of the pipe interior and dissolved down to molecular level, leaving no trace.