No Lost Purge During Welding 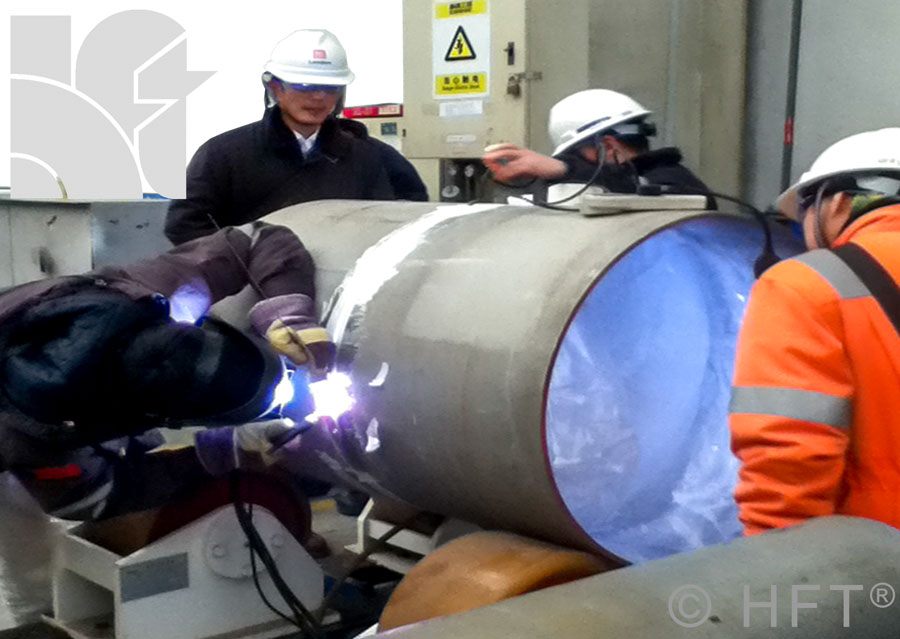 Weld Purging stainless steel and exotic metal pipes before, during and after welding is necessary and welders often construct their own purging device made from wood, foam or paper.

These unsuitable dams may leak or slip from position, flooding the welding zone with oxygen and resulting in an unsuccessful weld. The alternative to the homemade devices is to fill the entire pipes with expensive argon gas for the duration of the weld.

Ron Sewell, Chairman for HFT® said: “To obtain a quality purge is not easy and it has been customary to fill pipes with expensive argon gas and keep the gas running at what is thought to be a suitable flow rate for an estimated period of time. In today’s climate of ever improving quality control and increasing demands on procedures with traceability, it is inappropriate to use such hit and miss methods in an attempt to make a satisfactory purge.”

“It is not desirable to simply ‘pour’ gas into a pipe assembly in the hope that a good purge and ultimately, a good weld will be achieved. This technique rarely works very well.”

Weld Purge Film® will save operators high costs by minimising gas usage and dramatically reducing the time taken to make a purge. Weld Purge Film® kits have been designed and developed by HFT®, containing product accessories needed to manufacture dams that will not come loose during welding.

After welding, the water-soluble film is simply washed away during the standard hydrotest cycle or by flushing of the pipe interior and dissolved down to molecular level, leaving no trace.