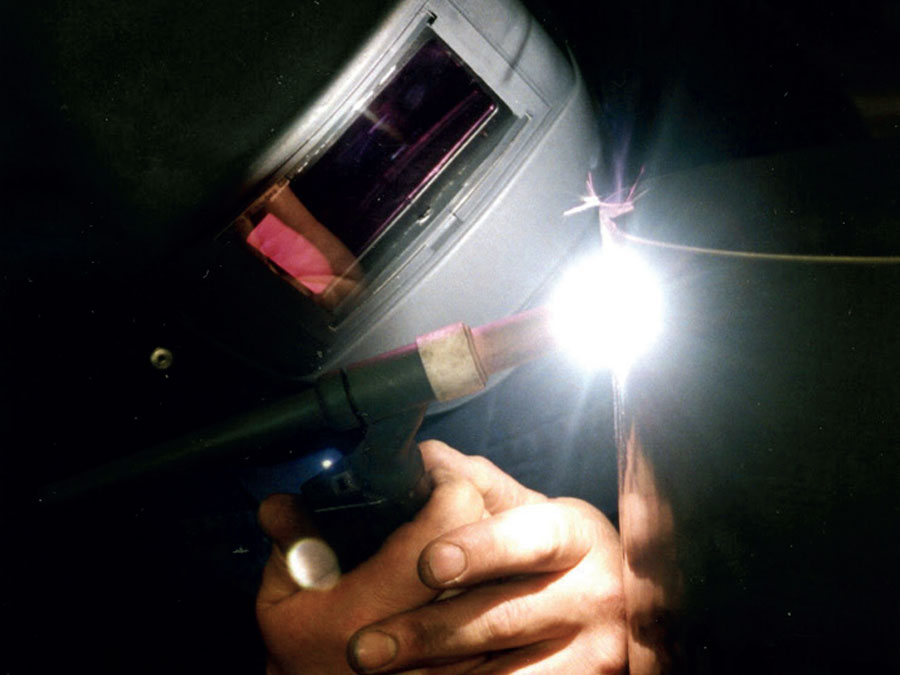 Protection of the inside surface of welds during the fabrication of large tanks is necessary to prevent oxidation. At best this oxidation is unsightly but at worst can lead to loss of corrosion resistance and reduction in mechanical strength.

Probably the best method to protect the welded area is to use an inert gas such as argon to displace air in the weld region. Commercial systems are available to pro- vide cover during the welding of pipes, but little attention seems to have been considered for large vessels.

Simply filling the vessel with argon would clearly be time-consuming and expensive because of the large volume necessary; the health risks involved in releasing such an amount of asphyxiant gas into the atmosphere when the welding process has been completed also need to be considered.

The use of inflatable dam pairs to iso- late a circumferential weld or a manhole entry joint, or single dams to fill much of the space that leave only a minimum volume close to the weld region for protection with argon, is becoming much more common. 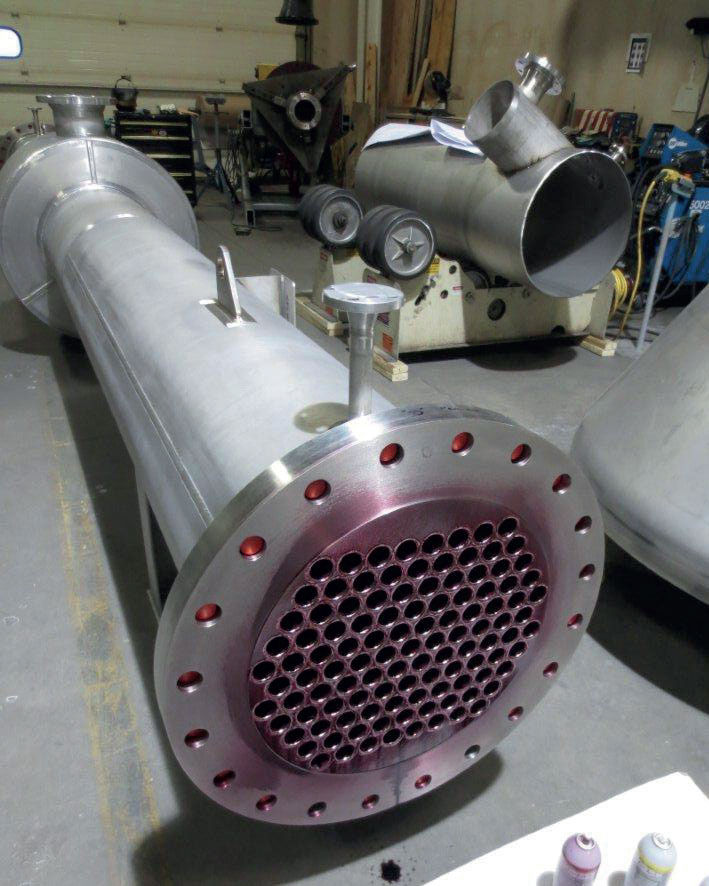 The relatively small volume dams are filled with the weld purging gas, prior to its release for purging. Because the volume remaining for purging is small, purge times, and thus overall welding times, are significantly reduced.

Cost savings are clearly evident when using inflatable dams. For example, protection of the weld from oxidation and elimination of any need for post-weld cleaning is made possible. Dams also al- low for a significant reduction in expensive argon consumption. On a safety note, the release of large volumes of asphyxiant gas into the atmosphere following welding is prevented by dams. Other cost savings stem from shorter purging time and thus shortened overall welding time. The use of dams also lessens post-weld cleaning costs and can eliminate the need of weld cut out and re-welding costs in the event of a bad ly protected weld surface.

Ingenious solutions to providing effective but practical dam devices have been developed to meet the potentially wide range of vessel configurations. Under the Argweld® banner, a Huntingdon Fusion product group, there are several families of inflatable dam systems: a quick purge system for large diameter welds; an elite purge system for small diameter tubes; and fittings that are connected to large tanks. Also available is a HotPurgeTM system for pre-heated tank or pipe welds and a family of dams called “Inflatable Stoppers.”

This latter family includes spherical and cylindrical models and bespoke designs are manufactured to order. Heat resistant versions for use up to 300°C are available to accommodate the need to weld using pre-heat or post-heat schedules.

Designed specifically for site use, they are manufactured using an engineering-quality robust latex inner tube and a heavy duty polyurethane impregnated nylon fabric outer cover. This construction ensures extended repeat use without deterioration during handling.

Access is often a problem when making a closing weld on a large tank. Dams that can be inflated from 50–200 mm in diameter and will collapse to less than 50 mm diameter when deflated, for access in and out of a 50 mm hole, particularly prior to inflation (see Figure 1).

Figure 2 shows typical pressures against which the dams can maintain a seal. Actual pressure will depend on various factors such as roughness of the contact surface and presence of lubricants; the stopper material and alignment of the device can also have an effect on pressure. The maximum inflation pressure is prominently stamped on the casing of the dam.