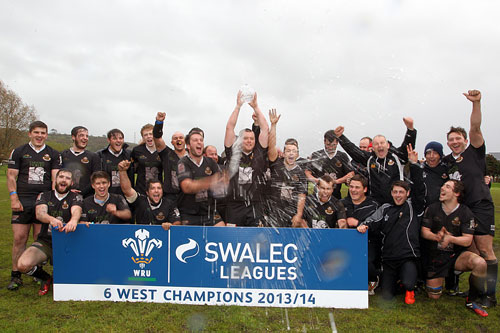 Having sealed their title triumph with a 43-17 home win over Myndd y Garreg RFC, Burry Port carried off the SWALEC Championship Trophy after winning all but one of the league games that they've played this season.

Huntingdon Fusion Techniques HFT® has been proud to have been associated with Burry Port RFC for some years so to see our sponsered club having this year's success is really gratifying.

We could not be more pleased for the club.

After a rather turbulent season last year, the team was determined to have a more successful 2014 and following the appointment of new coach Gareth Gravell, who joined Burry Port from Neath RFC, the squad has gone from strength to strength. 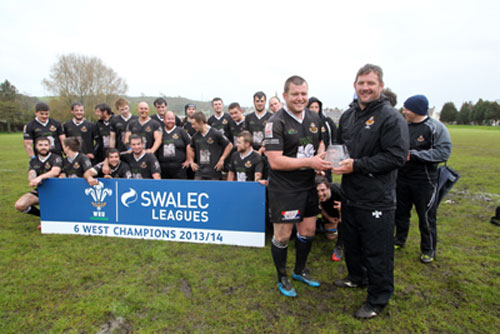 Club secretary, Howard Evans said: "The recruitment of Gareth Gravell as head coach at Burry Port has made a huge difference to not only the attitude of the players but the club as a whole.

Not only has the club seen the recruitment of a new coach but new players have also joined from the junior squad bringing fresh and enthusiastic young talent to the team."

Evans added: "John Williams, Jonny Ryan and Iwan Roberts in particular have been key players for the squad this year and instrumental to the success of the team."

Head Coach, Gareth Gravell said: "My job was to put some pride back into the jersey and the boys have really stepped up to the mark – they've been superb.

Coaching is certainly more stressful than playing but really my squad has made my job easy."

Gravell continued: "I continually tell the players how good they can be and I think they're finally starting to believe it."

Team Captain, Dan Etteridge added: "This means a lot to us. 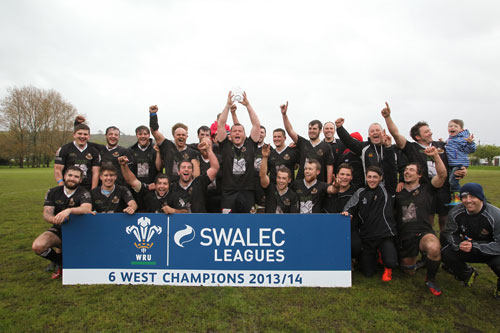 The club has been through a touch couple of years, but we have bounced back, so we're delighted.

Gareth Gravell has made a big difference, plus we have had a lot of players who have returned to the club, like former Scarlets Winger Darren Daniel."

Jonny Petrie, head of sponsorship strategy at SWALEC, said: "Our strong partnership with the WRU and its clubs goes back a number of years and we're very pleased to be doing more for grassroots rugby in Wales through our sponsorship of the SWALEC Leagues. It has been another strong season for Welsh rugby as a whole and we have seen some impressive performances at club level. Many congratulations to Burry Port RFC on claiming the title."