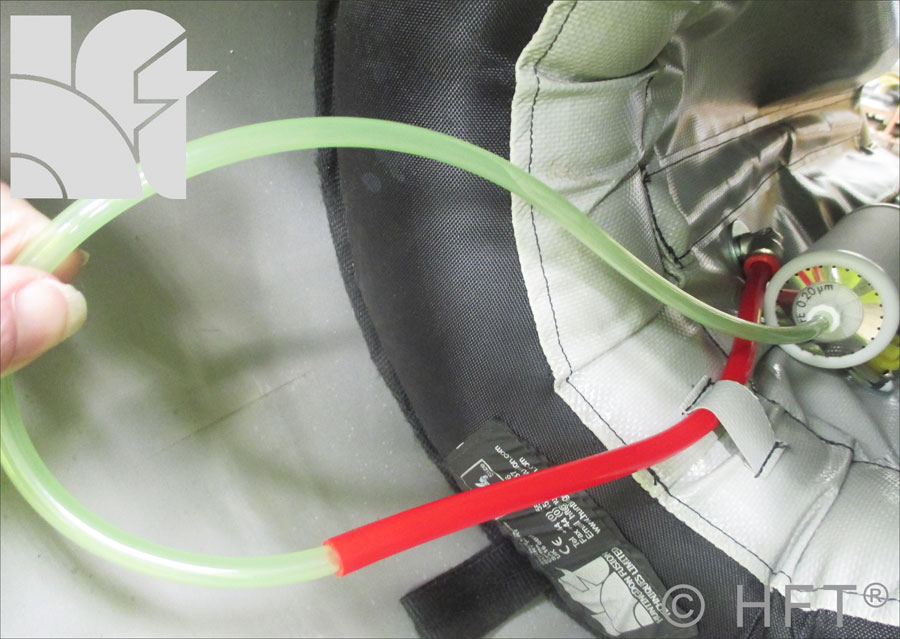 Coinciding with Fabtech 2013 in Chicago, Huntingdon Fusion Techniques (HFT®) is launching the most revolutionary Pipe Weld Purging System ever QuickPurge®.

The original QuickPurge® concept was devised between HFT® and Mitsui Babcock just over ten years ago for the isle of grain stainless steel pipeline across the south of England.

Now, after the phenomenal success of this concept of weld purging, HFT® has added a whole new raft of improvements:

Probably the most significant development ever for inflatable weld purge systems is PurgeGate®.

This extremely clever device will prevent the inflatable dams from ever bursting due to over inflation or over pressurisation. 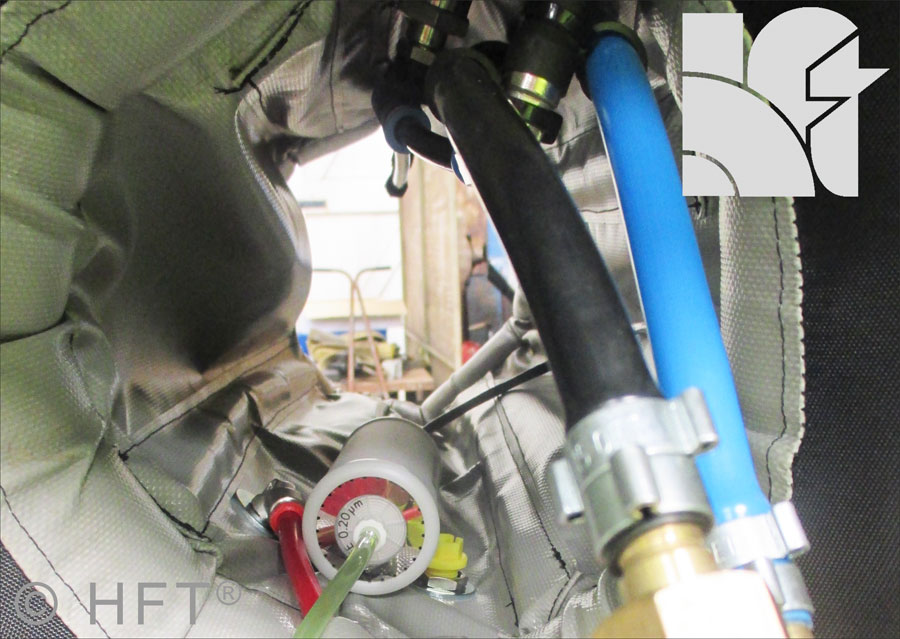 In the real world of pipe and pipeline weld purging, operators come and go and the opportunity to read instruction manuals rarely arises. Technicians will therefore look at weld purging systems, assess how easy they think it is to use them and will inevitably over inflate dams at some time or other.

No matter how much pressure or flow the operator puts in to the system, PurgeGate® will deliver on the right amount, taking all the problems of setting and trial set up away from them.

With new heat resistant materials, it has been possible to create a lower volume annulus between the inflatable dams, so that the space to purge has been further decreased leading to faster purge times.

Now with PurgeGate® and the new heat resistant materials, welders can have their joint purged and ready for welding before welders with other devices have even finished their set-up procedure.

QuickPurge® sizes up to 20 inch diameter are provided as standard with three hoses.

For pipe diameters about 20 inch, the systems have:

(The residual oxygen readings are mostly taken through the root gap using the manual pump connected to the Weld Purge Monitor®).*

As mentioned previously, HFT® has chosen new higher temperature resistant materials, for the annulus and ends of dam systems, that are heat resistant up to 700ºC. and the surfaces in contact with the pipe are now covered with a much heavier gauge of nylon making them tougher to resist tearing and giving good friction free travel characteristics when being pulled through pipelines and pipe assemblies.

All older and inferior yellow and red materials have now been replaced and the only genuine QuickPurge®II Pipe Weld Purging systems are those with the grey and black materials.

Previously, there was only a small length of RootGlo® luminescent material placed on the top side of the Quick Purge systems, however, now with QuickPurge® II we have been able to sew the RootGlo® material all around the circumference, to give the welders a high degree of light to be able to see all parts of the weld root, through the remaining joint gap.

RootGlo® gives off it's luminescence for up to 12 hours and recharges when in daylight. Although the material is expected to last the life of the quick purge systems, if the performance does deteriorate, we have standard Velcro replacement spares to adhere to the RootGlo® if necessary.

Working hand in glove with PurgeGate® , IntaCal® produces the correct flow rate to inflate both inflatable end dams equally, offering a great improvement over earlier models where one dam inflates before the other, increasing the purge time unnecessarily.

As the operator turns on the inert gas supply valve to the recommended level or above, IntaCal® and PurgeGate™ deliver only the flow and pressure necessary for fast but gentle inflation and purging.

And how full circle the demonstration with a leading contractor

Each end of every QuickPurge® II system is fitted with four pull loops for precise positioning and pulling into position. Each loop is double stitched with high temperature, very strong Nomex thread that allows a breaking strain of 1,000 lbs (446 kg) per loop.

QuickPurge® II has been designed and manufactured with greater flexibility in mind. These systems can now be dragged around and set up in 90° bends, something that has been impossible previously.

This family of systems will typically be suitable for welding all stainless and duplex steels, chrome steel pipework such as P91 and P92 etc, nickel alloy pipework, titanium pipework and even aluminium and carbon steel when extra high quality is required from welded joints.

Ten years on, from the original development for the Isle of Grain, LNB pipeline, in August 2013, there was a call from a contactor working on the Isle of Grain LNG site, who had been suffering from the bursting of inflatable dams, from an inferior product supplied by a Welding Product reseller.

It seems that the LNG contractors there had stopped using HFT® systems and had brought cheaper copies from another Company.

As the cheaper supplier was unable to help with the problem, the contractor contacted HFT® who sent a technician the next day with replacement product fitted with PurgeGate™.

Samples tested positive and the Company was thrilled with the addition of PurgeGate® and is going to purchase from HFT® once again. Interesting how a new demonstration has completed a circle after all these years from original design and supply to replacing a cheaper alternative.

* On the spot purge quality readings may be taken through the pipe root gap using a hand pump or a Weld Purge Monitor® with an electric pump.

Continuous, high quality purge readings can be made inside lengthy pipe runs at the immediate exhaust point using the 'Torpedo' unit attached to the Weld Purge Monitor® at distances up to several hundred metres if required.