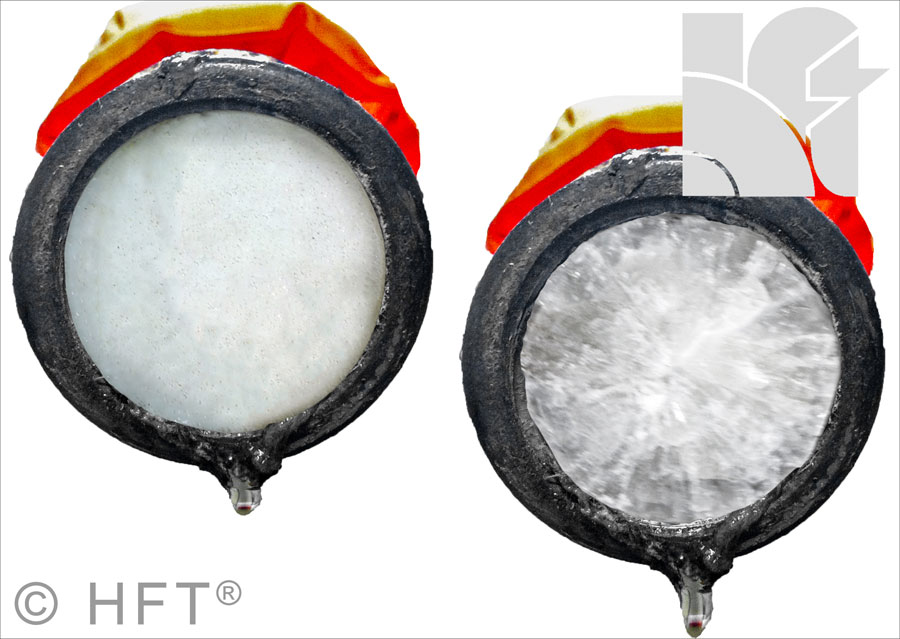 Replacing valves in fire sprinkler systems can be a challenge, especially when the pipelines have liquids running through them. One option is to completely drain the system to make the repairs, which can prove costly, time consuming and problematical as to where to drain the liquid.

Pipe Freezing Experts Huntingdon Fusion Techniques HFT® recently introduced the Qwik-Freezer™ Systems to their Pipestoppers® Division. These systems create ice plugs or freeze seals in the pipes, either upstream of a valve or on both sides, avoiding the requirement to completely drain down systems and making a substantial reduction in lost time and costs.

HFT®’s US Partner, COB Industries said: “When a sprinkler head has to be repaired or replaced in a large system, there are many issues that can arise. Draining large fire systems can create problems with disposal of all the water, more so when it is treated chemically with rust inhibitors and/or anti freeze. Environmental concerns prevent disposing of this water in a normal drainage system, even if it is possible to access one.”

“Another issue with draining large systems is trapped air creating an air block in the lines. If there is no way to bleed the air from the system as it fills entire sections can remain empty and unusable. Both Pipe Freezing Systems, namely the Qwik-Freezer™ and the Accu-Freeze™ are used for fire sprinkler and valve maintenance. The ease of use makes the Qwik-Freezer™ System very popular for diameters up to 4” (although Qwik-Freezer™ is capable of freezing up to 8”).” 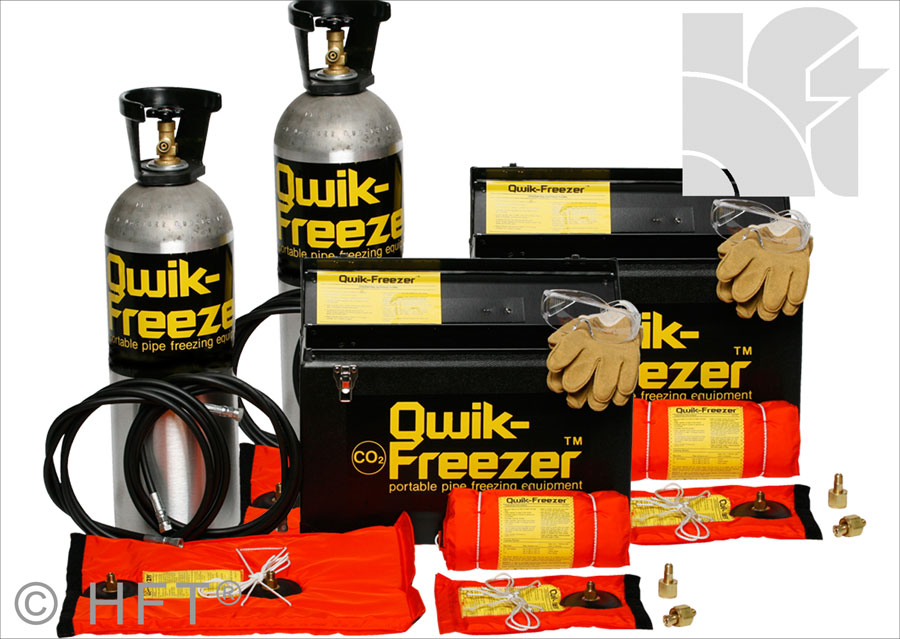 “Larger pipe diameters and the use of anti freeze and rust inhibitors can create freeze points that require the liquid nitrogen (LN2) temperatures of the Accu-Freeze™ System in order to create a pressure bearing freeze plug regardless of the pipe diameter.”

Once liquids have been brought to a standstill, a specially designed flexible jacket is wrapped around the pipe at each point where the freeze is required. A nozzle in the jacket is then coupled to a cylinder of liquid carbon dioxide for the Qwik-Freezer™ and liquid nitrogen for the Accu-Freeze™.

For valve replacement, a second jacket is installed on the other side, creating a double freeze, blocking flow on both sides of the valve.

When the CO2/ LN2 is injected into the space between the jacket and the pipe, the pipe contents freeze and a secure ‘ice plug’ is formed, which seals the pipe. The ‘ice plug’ forms only in the section of the pipe covered by the jacket, so the resulting rise in pressure is very small and there is no damage to the pipe itself. The technique can be used safely on iron, steel, lead, stainless steel, copper, brass and plastic pipe.