QuickPurge® your Pipes for Perfect Welds 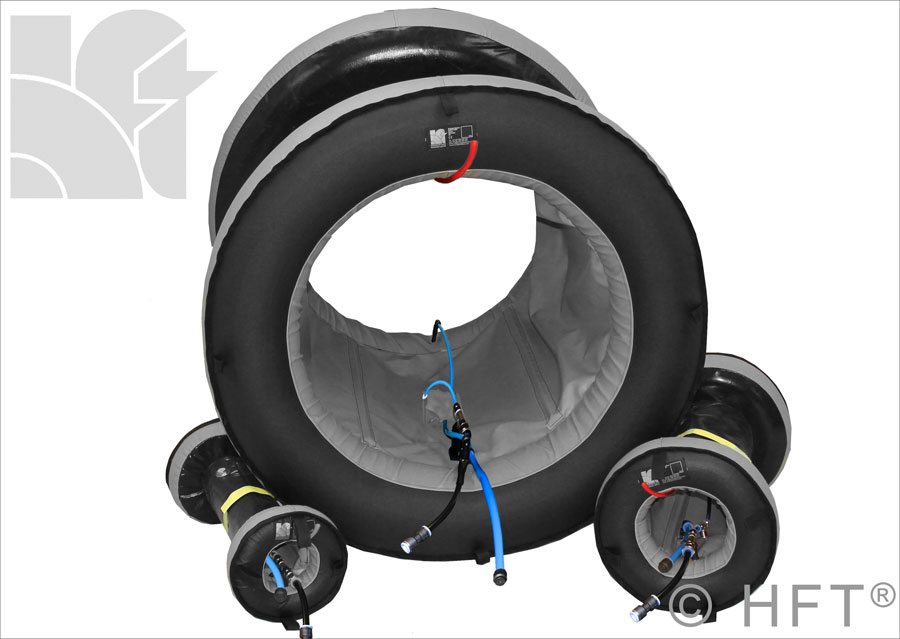 elders, supervisors, welding engineers, quality control personnel and others are kept waiting, sometimes for many hours, for stainless steel or titanium pipe joints to be purged of oxygen ready for welding. Weld purging is necessary to reduce the oxygen content below 50 parts per million so that the weld surfaces and the adjacent hot metal doesn’t oxidise and thereby cause loss of corrosion resistance and metallurgical imperfections.

Such time loss and excessive waste of argon gas can be avoided now because of QuickPurge® Tube, Pipe and Pipeline Weld Purging Systems designed and manufactured by weld purging specialists and developers, Huntingdon Fusion Techniques HFT®.

Whatever the size of pipe, QuickPurge® Systems reduce waiting times so dramatically that they pay for themselves in less than one weld.

For example, a 36” diameter stainless steel pipe can be purged down to 100 parts per million (ppm) of oxygen in under 32 minutes. Comparing this with weld purging using foam dams or other home made devices that will outgas heavily into the welding zone, taking many hours.

Ron Sewell, Chairman of Huntingdon Fusion Techniques HFT® said: “Recently, the Welding Manager at a leading pipework fabricator was tasked with reducing costs and waiting time in the department. The specialists at HFT® were contacted to discuss the possibility of helping with this requirement as well as to meet the technical demands of the welding process.”

“Several welds were made with different sizes of pipe and all were successful, creating confidence that the QuickPurge® System would indeed be a valuable choice for performance enhancement.