Many industries rely on the corrosion resistance of stainless steels.

However, contrary to common belief, so called stainless steels are rarely stainless in the true sense.

Two examples of corrosion have been selected here.

We have all witnessed the dark spots on domestic stainless steel cutlery following a dishwasher cycle but a more extreme example is of heavily corroded pipework after exposure to sea water.

It's all caused by the presence of salt and most stainless steels are not resistant to chlorine-containing salts. 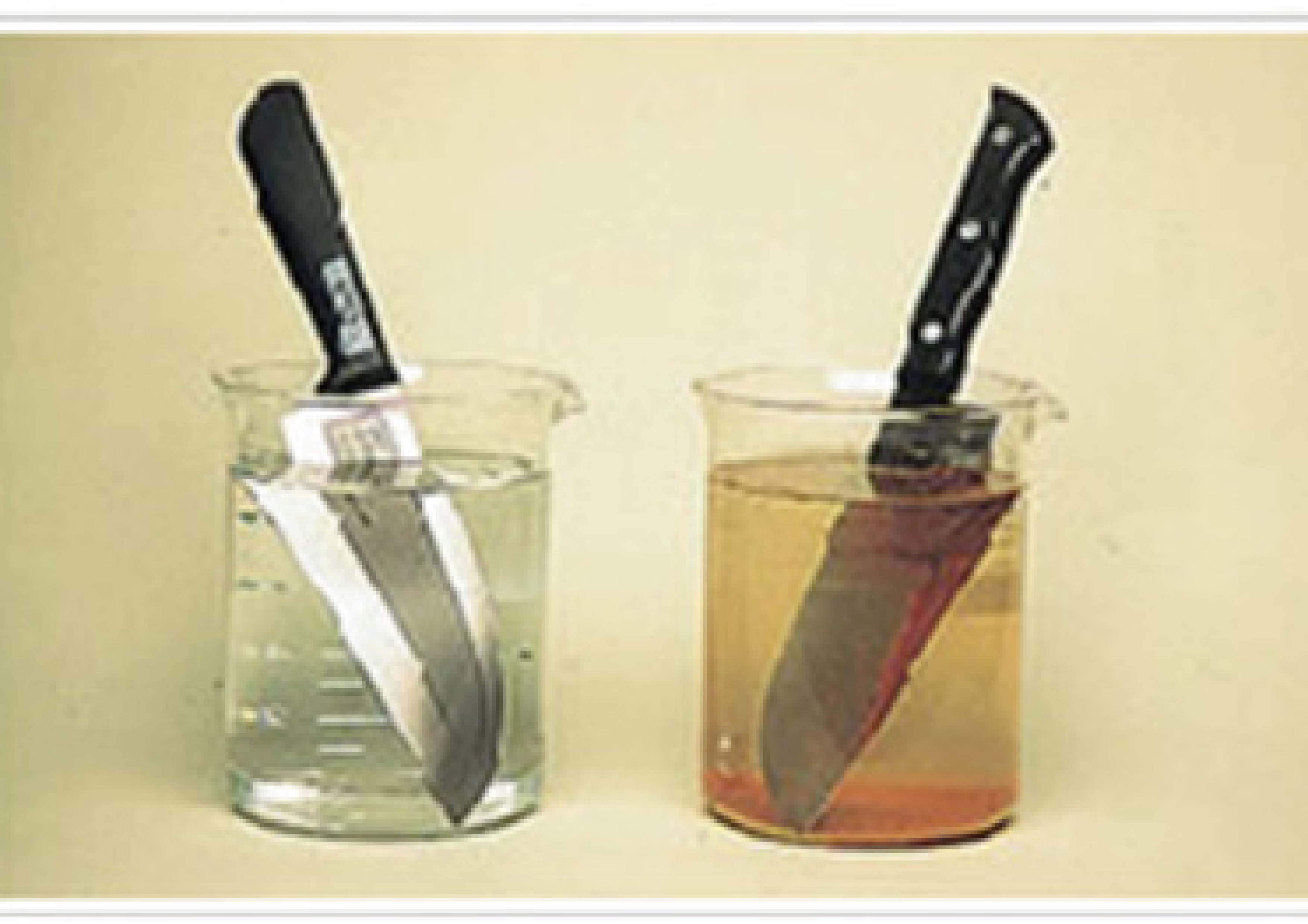 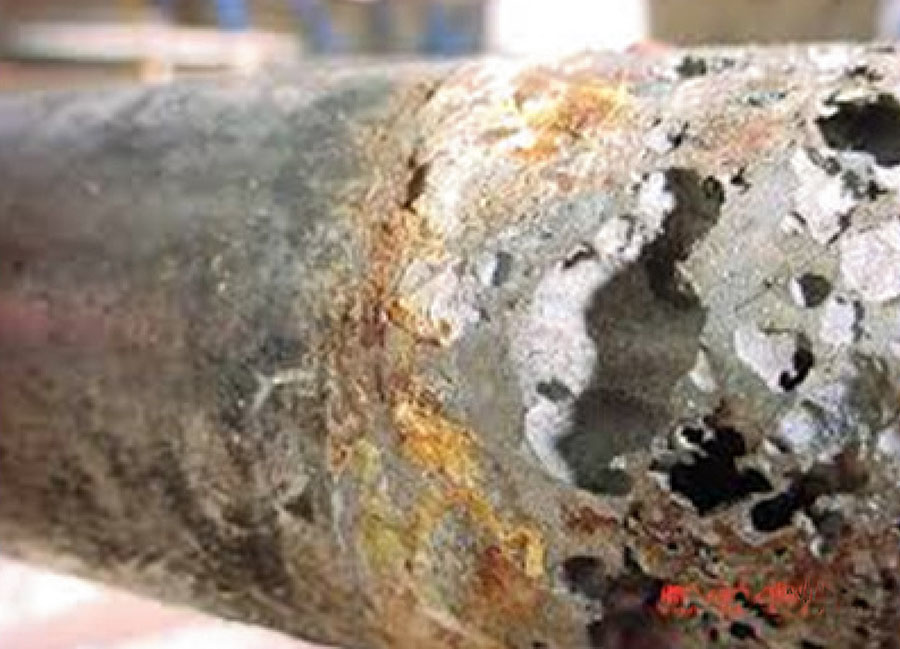 This effect can be countered by selecting steels with resistance to salt water corrosion. However virtually all stainless steels can still suffer from a reduction in corrosion resistance because of, and during welding.

Resistance to corrosion is provided by a thin but tenacious film of chromium oxide that forms on the surface of stainless steels with chromium contents greater than about 11%. Although this layer normally re-forms following damage by scratching, the phenomenon is inhibited if the surface layers are changed during the welding operation.

The temperature above which this happens has been shown to be typically in the region of 400°C and this equates to a discolouration seen as a yellow/gold hue. Above this temperature, and this will vary depending upon the composition of the steel, the colour changes to blue and eventually black.

To preserve corrosion resistance the coloured areas need to be removed after welding or prevented from occurring in the first instance.

It has become common practice in some applications to accept discolouration and remove it post-welding, but this can be very expensive. It is time-consuming and, where access is limited, difficult to achieve with any degree of success. Some methods require specialist equipment.

The expense of post-weld operations is often overlooked and not considered part of the welding process. They are largely applied manually and thus prone to significant variations in effectiveness. They are seen as an easy option but can easily exceed the welding costs.

The most effective method of preventing discolouration is to use a weld purging technique. Purging involves eliminating oxygen from the heated weld zones by displacing the air with an inert gas, usually argon.

A wide variety of purging techniques have been developed to meet the requirements for protection of the weld underbead from oxidation. Generally the simple, home made and low-cost solutions may well serve to offer limited protection but they are far from being totally reliable.

It's hard to believe that the use of screwed-up newspaper, sponge or foam blocks, or cardboard discs to dam a pipe, for example on each side of the joint and rely on this as an effective seal is still considered by some to be adequate. Even if they don't burst into flames during the welding cycle the problem of removal after completion of the joint is rarely considered.

For small diameter tubes, say up to 10 mm, the use of continuous inert gas flow without seals is not uncommon. Air is replaced by incoming inert gas. However it overlooks the possibility of turbulence and thus entrapment of oxygen. Continuous gas flow can also be costly. 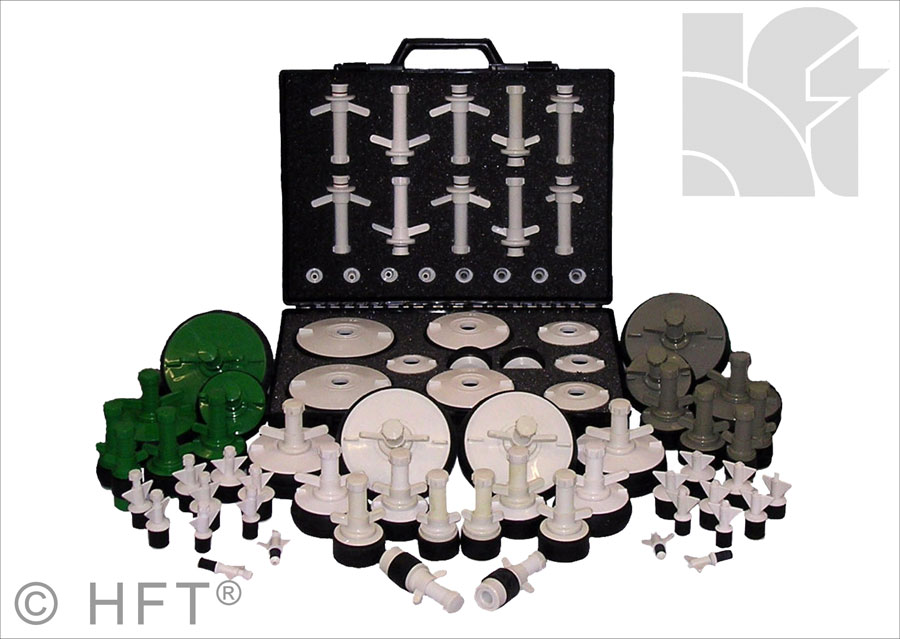 Expandable pipe plugs can be very effective and cheap. The sealing area is large and the time involved in preparation is relatively small. These are particularly useful for short stubs or other variable pipe fittings, but for joints that are some distance from an access point, other purging methods are more suitable.

Soluble barriers glued to the internal diameter provide some degree of protection and the discs can be removed by flushing with water after use.

With the paper version, the bond to the pipe is prone to leakage however and the time and skill involved in preparation can be considerable.

In addition, as paper contains a high volume of water, it is not an ideal material to have close to a weld as it will outgas as the paper warms up from welding and the water vapour will break down in the presence of a welding arc to form oxygen and hydrogen, both of which can cause weld defects. 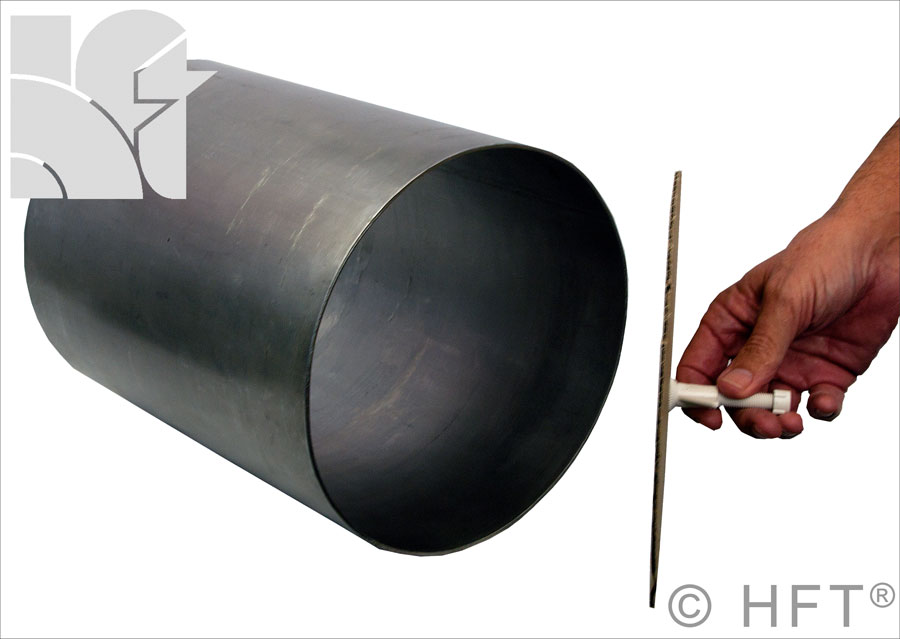 Flexible discs connected by a flexible tube are available. They can be deployed quickly and removal after welding is easy since the assembly can be withdrawn past the weld.

Reliability is suspect however because disc to pipe sealing depends upon a very small contact area.
Some have a semi rigid connecting tube and this may be unsuitable where the system needs to be used either side of a sharp pipe bend.

Each system is suitable for only one precise internal diameter of pipe, so final costs to obtain to obtain equivalents to other pipe purging systems, are somewhat higher. 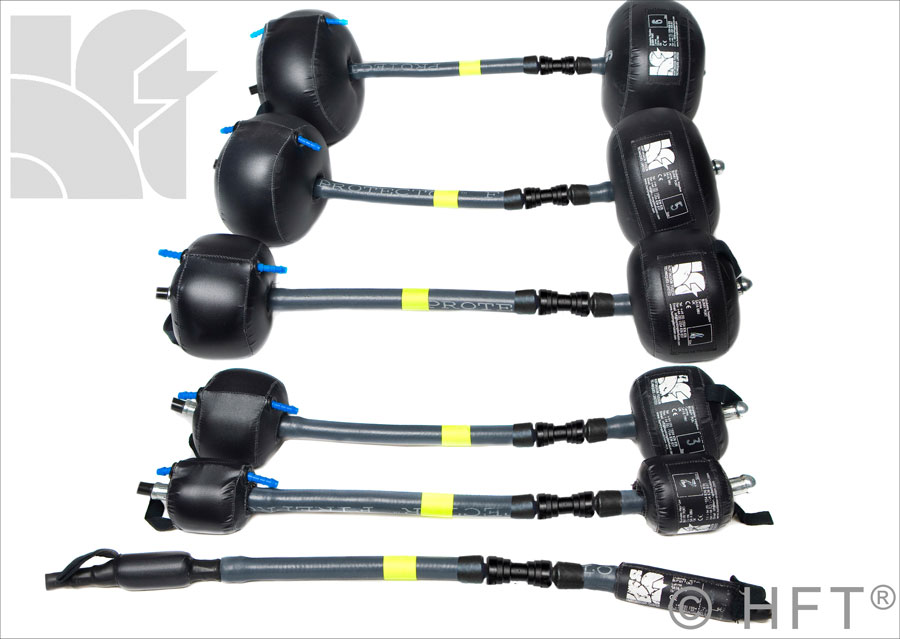 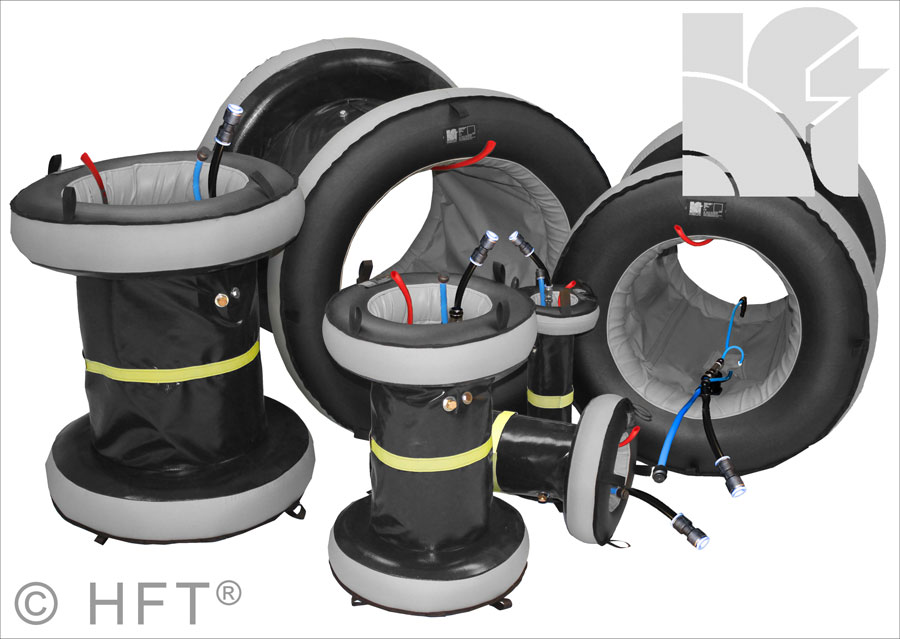 Inflatable seals are the only totally reliable and are the most effective tube and pipe purging systems.

Considerable design effort has been applied by the manufacturers to these inflatable solutions over the past decade or so and currently available systems address the problems of controlled inert gas pressure and flow, the need for easy and rapid deployment and removal to limit overall welding time. 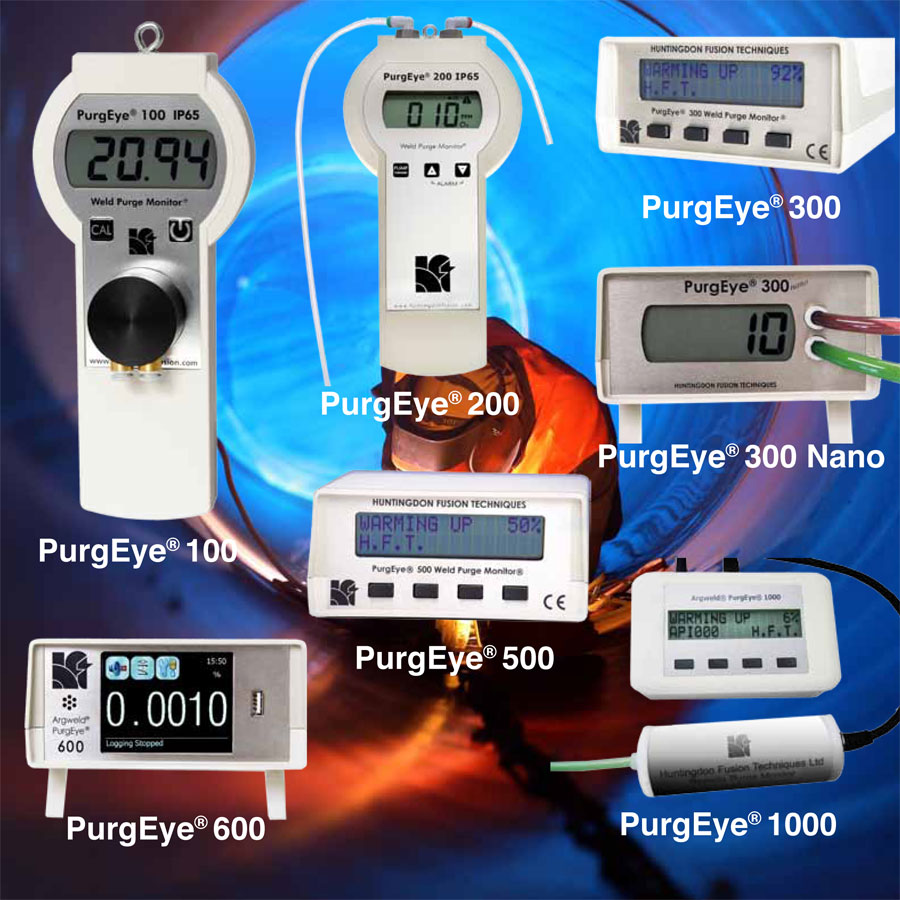 The fact that even very small amounts of oxygen in the purge gas can cause discolouration around the weld underbead makes it desirable that specialised instruments be used to measure residual oxygen. Recommended practice to ensure acceptable discolouration is to maintain an oxygen level below 50 ppm (0.005%) for stainless steel.

Two essential characteristics of a suitable instrument are that it must have an adequate measuring range and it must sample the purge gas inside the purge volume. The sensitivity should be such that an oxygen level as low as 10 ppm can be detected. Instruments that only display down to 1000 ppm (0.1%) are totally unsuitable.

Recently introduced instruments are available with fully integrated recording and data logging facilities, these are compatible with quality control auditing. Some can be programmed to terminate welding and activate an alarm if the oxygen content rises above an operator set level.

Other than tube and pipework, one has to consider the welding of flat or multi contoured components such as boxes for the electrical and electronic industries, medical devices, processing tables and tooling for the food industry and other discrete components for the pharmaceutical, chemical and semiconductor industries etc. 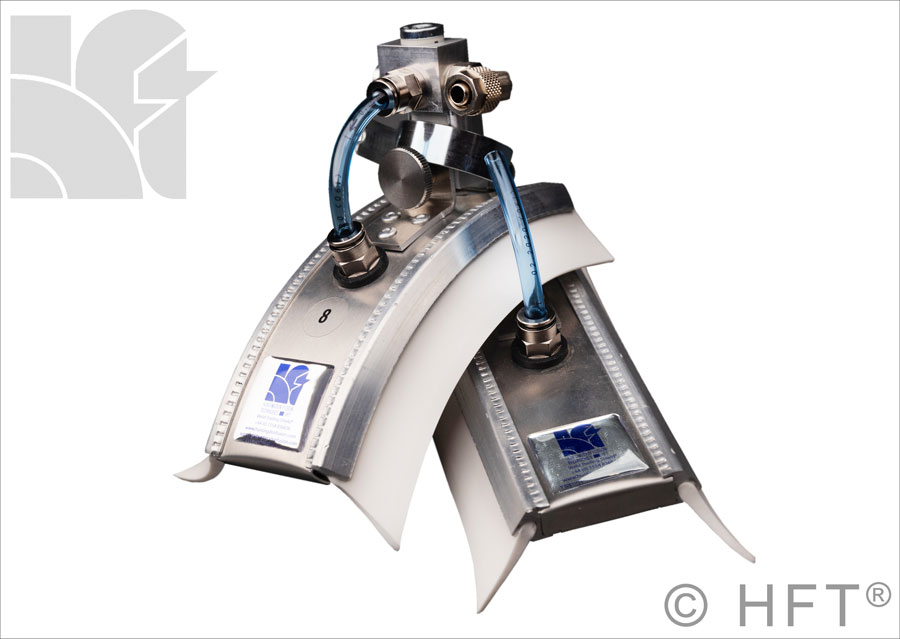 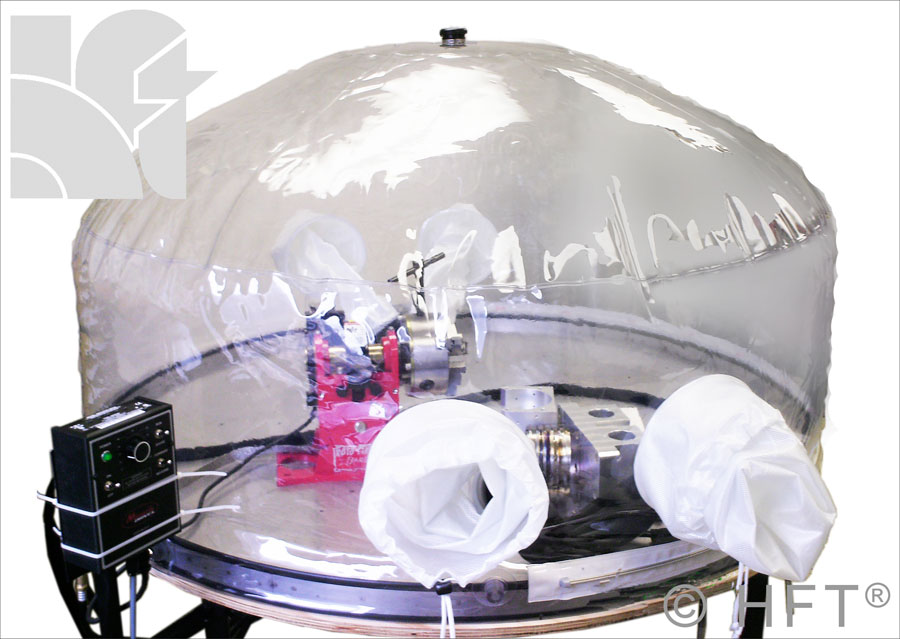 Flat components can use Trailing Shields® as backing bars and backing tape can also be applied to protect the rear of the weld.

Weld Trailing Shields® can be used to protect the fronts of welds from oxidation at source, while the use of flexible enclosures allows any size of component to be welded in a totally inert atmosphere.