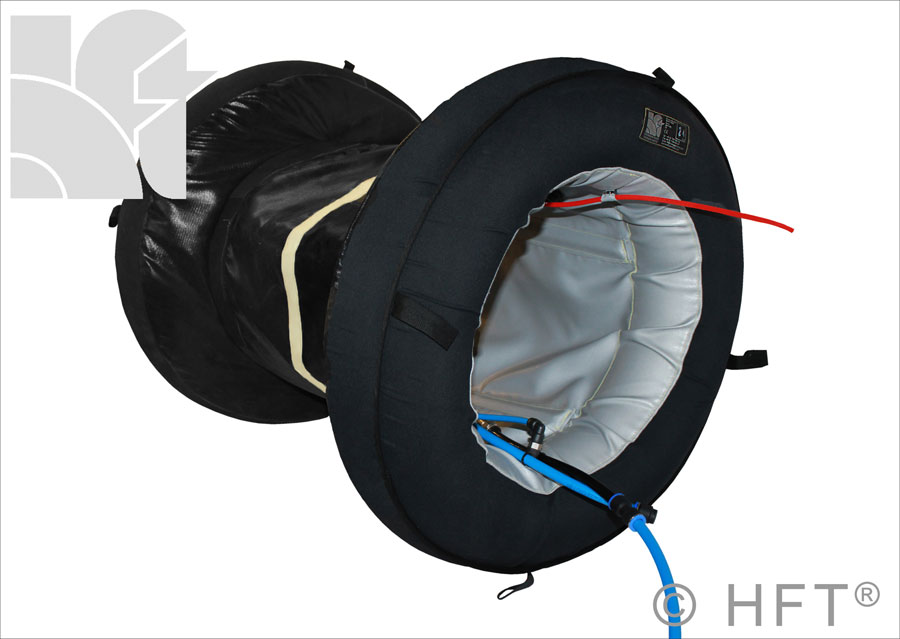 The majority of structural applications are manufactured from high-strength steel, such as offshore structures, buildings and shipbuilding. It is therefore important that the steel joint is pre-heated prior to welding and then receives a post-weld heat treatment.

It is also vital that they welds are free from oxidation, however with the high temperatures and length of time at such temperatures, most weld purging systems are unsuitable.

The innovative HotPurge® Pipe Purging System has been developed by Huntingdon Fusion Techniques HFT for Heat-Treated Chrome and High Strength Stainless Steel Pipe Joints where the temperatures might be as high as 300ºC (572ºF) for many hours.

Georgia Gascoyne, CEO for HFT® said: “HotPurge® ensures the purge space remains tightly sealed at all times as the inflatable dams maintain an even seal throughout the weld cycle, irrespective of pressure rises or excessive flow rates of argon gas. The large central collar dramatically reduces the space to be purged and makes it easier to reach lower oxygen levels faster than with conventional purging systems.”

“HotPurge® allows the purge to be safely continued for up to 24 hours whilst pre-heating, welding and post weld heat-treating with the purge system remaining in place.”