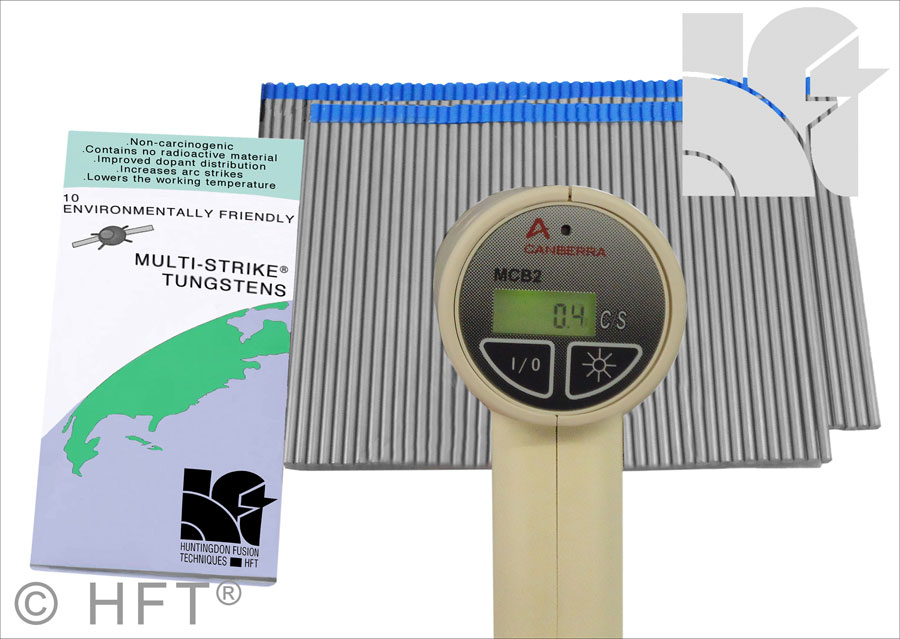 One key to a good TIG weld is the electrode.

At this time, welders are going through a period of uncertainty as far as the information and circumstances arising with respect to their electrodes.

Until now, the best scientifically confirmed electrode was made with Tungsten, with a small addition of a material called thorium oxide, also known as thoria.

Since the 1970’s when the UK Health and Safety authority of the time (HSE) issued warnings about the radioactive effects of long term exposure to Thoria, welders have been uncertain about their standard red tipped tungstens which contain 2% of that material.

There have been many scare stories about risks connected with these electrodes including how many a person is allowed to carry with themselves and for how long as well as the dangers of breathing in the dust from the regrinding process, each time the electrode becomes worn and won’t start an arc. 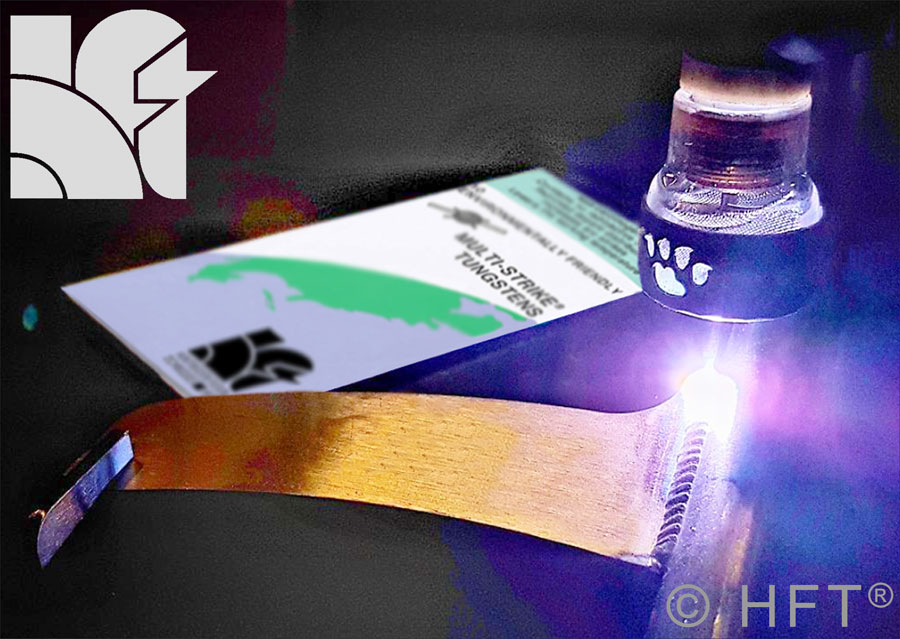 During his tertiary education, Ron Sewell a well known figure in the welding industry was involved in the science of understanding the use of tungsten that was doped with various non radiotoxic rare earth oxides to achieve different performance characteristics for high power lighting products, where tungsten has a similar requirement to that of an electrode.

Much later, after he had formed his company, known as Huntingdon Fusion Techniques, HFT® and the HSE had published their warning, Ron decided to use his knowledge to try to bring a healthy alternative tungsten electrode to the market place.

Tests were carried out with these non radio toxic rare earth elements such as Ceria (cerium oxide), Lanthia (Lanthanum Oxide), Yttria (yttrium oxide) and Zirconia (zirconium oxide) to see what influences the oxide has on the tungsten performance and it was noted how each one has it’s own advantage.

After that, HFT® was able to launch an electrode for all welders that the company called “Multi Strike® Tungsten Electrodes with non radiotoxic content.

There is no loss of performance with MultiStrike® Electrodes and there are further advantages that they can be used for welding at high and low current levels and they perform satisfactorily with Aluminium welding so that users need only have one type of electrode for all Tig (Gtaw) welding.

MultiStrike® provide the TIG and Plasma welder with a safe and superior alternative.

Each packet comes with a traceability number to ensure that companies with a quality control procedure have traceability over another aspect of their joining processes.