Rapid Purge your Pipes with QuickPurge® 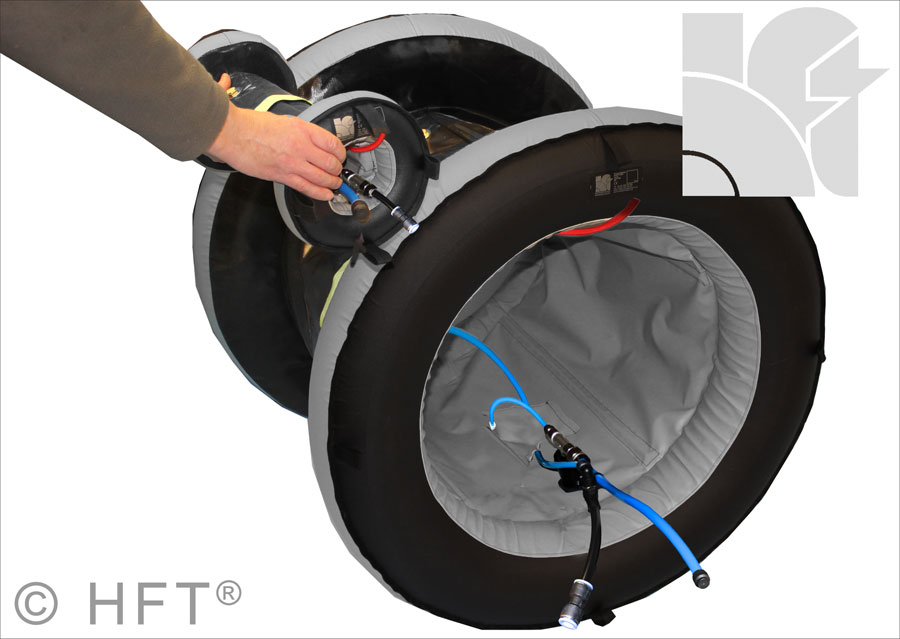 Weld Purging is the act of removing oxygen within the vicinity of a joint when welding, especially when joining metals such as stainless steel, nickel alloys, titanium, zirconium etc. However completely filling tubes and pipes with expensive inert gas such as argon for weld purging is time consuming.

Such costly time loss and excessive waste of argon gas can be avoided now because of QuickPurge® Tube, Pipe and Pipeline Weld Purging Systems.

Whatever the size of pipe, QuickPurge® Systems reduce waiting times so dramatically that they pay for themselves in less than one weld. QuickPurge® is simply inserted into a tube or pipe, inflated within the pipe, restricting the area that is to be welded and removing the oxygen within minutes.

For example, a 36” diameter stainless steel pipe can be purged down to 100 parts per million (ppm) of oxygen in under 32 minutes. Comparing this with weld purging using foam dams or other home made devices that will outgas heavily into the welding zone, taking many hours.

Materials used in the manufacture of QuickPurge® are such that they are resistant to the higher weld temperatures present and they don't outgas, thus preventing weld contamination.