When other purge systems or purge film cannot be used to make a suitable barrier for purging pipes, tubes or fittings, the Argweld® Weld Purge Plugs™ may offer a satisfactory option. 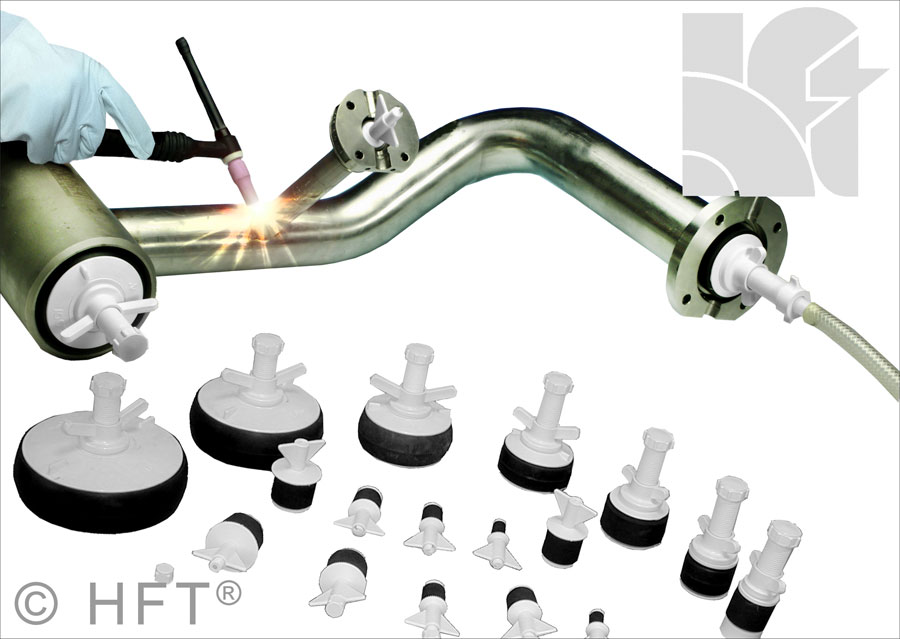 • Use for small or odd diameter pipes where inflatable purging systems, paper dams or water soluble film may not be available or practical
• Short, complicated, variable size assemblies where purging systems or dams would be too long or do not match the diameters being worked on
• The expanding rubber seal allows the plugs to be used for weld purging oval and out of round tubes as well as in 'elbows', 'tees' and other fittings
• These plugs are also ideal for creating an air-tight seal for leak testing operations