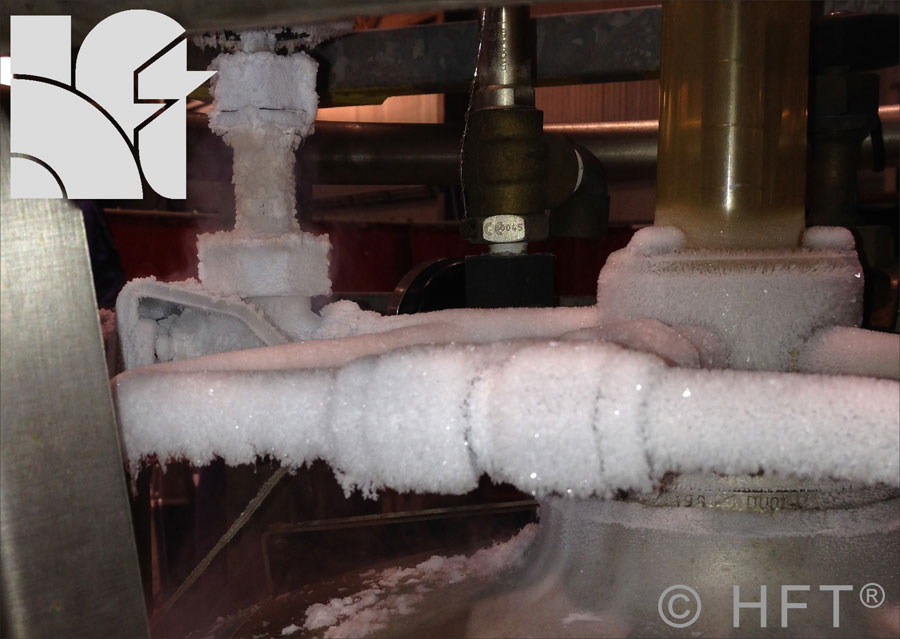 Qwik-Freezer® solid carbon dioxide system as a freezing system is more sophisticated and can be used for pipes up to 8” diameter.

More recently, freeze techniques using liquid nitrogen have been developed and advanced versions of these, such as the Accu-Freeze®2 product, have become recognised as fast and reliable methods for temporarily isolating sections of pipe so that repairs and modifications can be made.

Liquid nitrogen technology can now be used to generate ice plugs capable of withstanding 140 bar (2000 psi) and can be used on pipes up to 300 mm diameter.

A typical process starting with simply wrapping copper tubing and placing an insulating jacket around the section of pipe to be frozen. Liquid nitrogen is then injected.

These advanced systems also offer the opportunity to control the freeze remotely from a secure location and possibly reducing operator risks where lengthy exposure may be dangerous.

Engineers in a wide range of industry sectors have taken advantage of these cost and time savings over the last decade. In particular the nuclear, petrochemical, pharmaceutical, power generating and rocket propulsion sectors have benefitted. 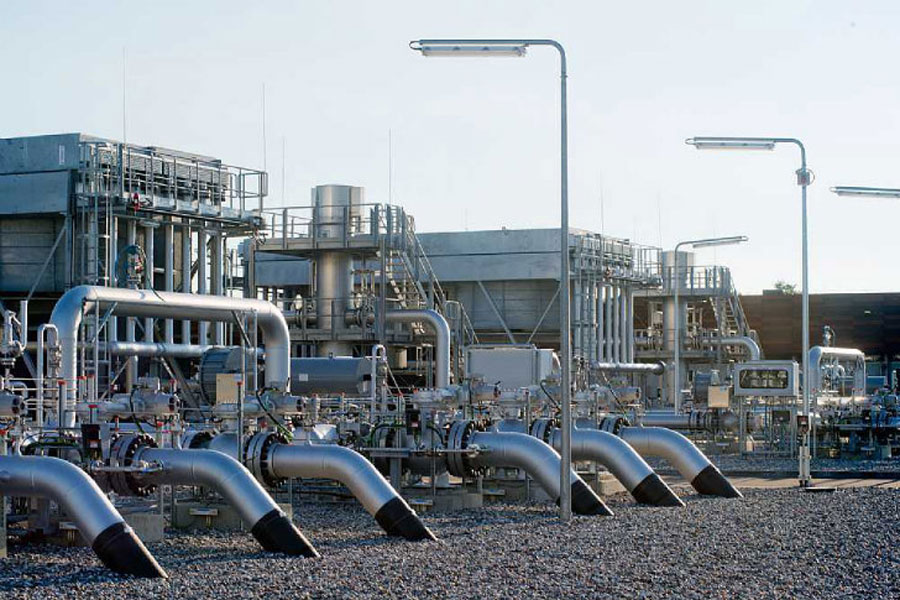 Critically, this was the only isolating valve from the cooling water main header and could not be moved without closing the cooling water system. This would have also meant shutting down the whole power station.

On advice from the technical team at Huntingdon Fusion Techniques HFT® the Qwik-Freezer® System was chosen and within 24 hours a complete kit was delivered. The freeze worked well taking around an hour to freeze the pipe. The welded valve was ground out and a new one installed. The job took around two hours to complete in total. 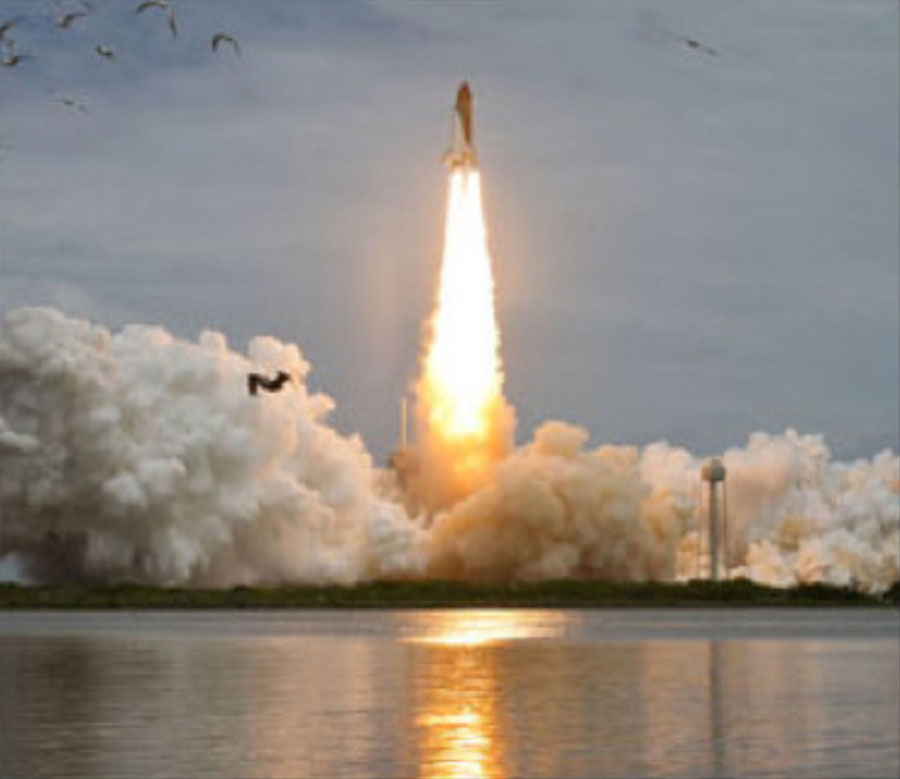 With the space shuttle Atlantis on the launch pad ready to go on mission ST-101, a last minute systems check revealed a fault in the power drive unit (PDU). This is a hydraulic power pump which controls the shuttle’s rear rudder or air brake so failure of this unit during flight could be catastrophic.

An engineer suggested the idea of freezing the hydraulic lines feeding the PDU while the shuttle was still in the launch position. This would enable the repairs to be made without draining out the entire system and in turn keeping the launch on schedule.

Because this kind of repair had never been attempted by shuttle engineers tests had to be made to ensure it would in fact work. An Accu-Freeze® System was selected as the freezing technique.

Three days of testing commenced. After multiple successful trial freezes the procedure was approved. In drenching rain the six hydraulic lines were frozen simultaneously but the inclement weather caused the operation to be delayed and this required the freeze to be held in place for over 24 hrs. The final work was completed quickly and successfully.

Pipe changes became necessary on a nuclear submarine in dry dock. A freeze isolation was selected as the best overall option for isolating the necessary components in order that the procedure could be completed within tight physical constraints and held for between two and three weeks.

A remote temperature control system was employed that allowed the freeze to be monitored and controlled from outside the boat, once the equipment had been installed. Extensive equipment testing and pressure testing of a freeze isolation was conducted prior to site mobilisation.

The freeze was maintained successfully for a period of 5 weeks without any problems.

The application is an excellent example of the success of the Accu-Freeze® concept, when prolonged freezing with total control from outside the radiation zone, is necessitated. 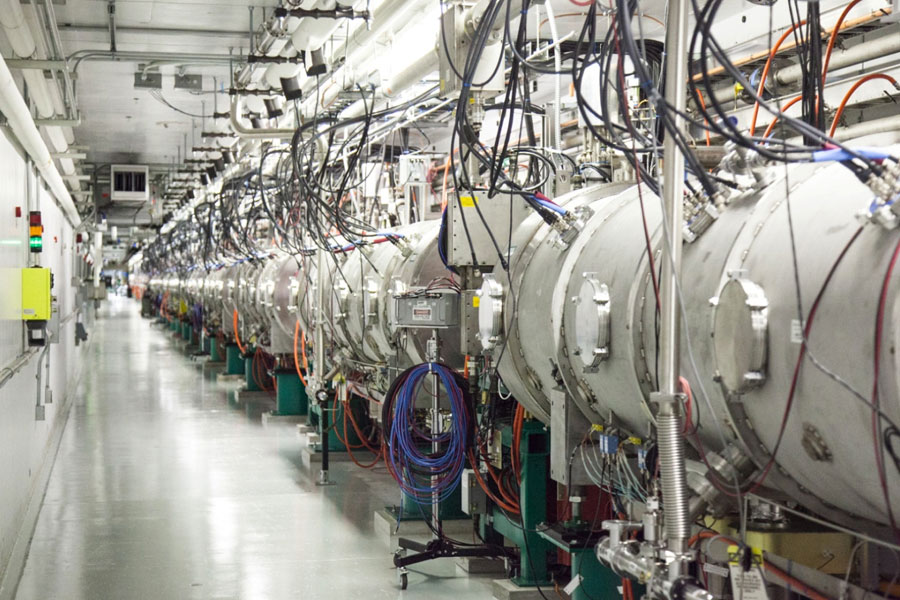 Oak Ridge Laboratory has a system providing cooling for air conditioning units throughout the building ventilation facilities. 200 mm diameter carbon steel piping is employed to carry a circulating fluid of 30% ethylene glycol in water. After 40 years of service one of the two circulating pumps had failed and needed to be replaced. A decision was made to replace both pumps and to change the piping to stainless steel.

There were no existing valves with which to isolate the flow in the line. Two possibilities were considered:

Drain the entire water system or
Use a freeze seal to isolate the pumps.

Due to time and personnel constraints, a freeze seal using the Accu-Freeze® concept was chosen.