Weld Purging of Pipes for the Oil and Gas Industry 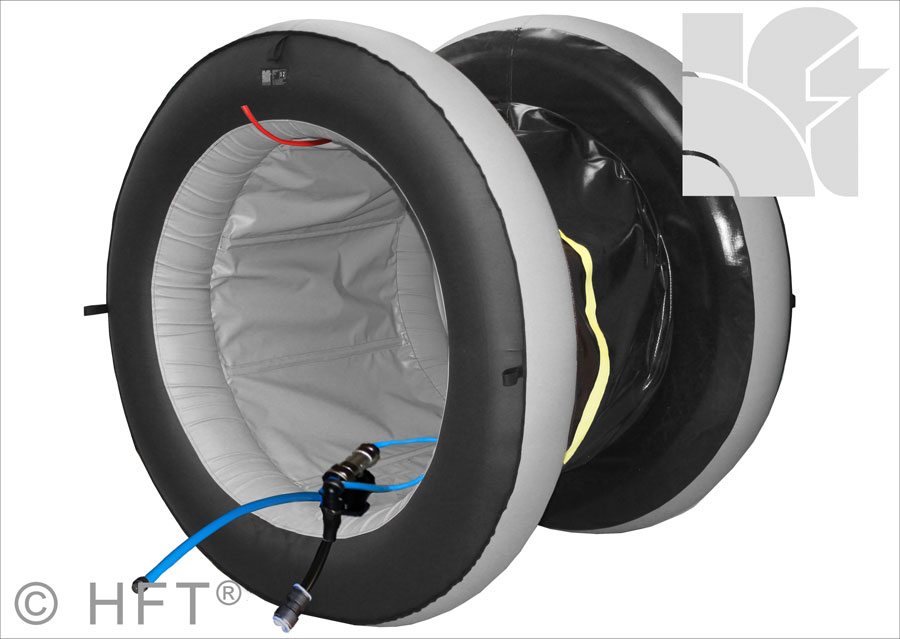 Weld Purging tubes and pipes for the Oil and Gas Industry is crucial when joining metals such as stainless, duplex and chrome steels, as well as nickel alloys, titanium and zirconium. However, when welding larger pipe diameters it is not cost effective to completely fill tubes and pipes with expensive inert gas.

Ron Sewell, Chairman for HFT® said: “Using QuickPurge® means there is no longer a need to fill complete pipes with an inert gas. The Systems are so efficient they pay for themselves in the first couple of welds in gas savings alone, whatever the pipe size. QuickPurge® is simply inserted into a tube or pipe, inflated within the pipe, restricting the area that is to be welded, removing the oxygen down to 100 ppm (parts per million) within minutes.”

For example, a 36” diameter stainless steel pipe can be purged down to 100 parts per million (ppm) of oxygen in under 32 minutes. Comparing this with weld purging using foam dams or other homemade devices that will outgas heavily into the welding zone, which will take many hours.

• An additional gas input line, allowing extra purge gas to be introduced for extra high speed purging down to the lowest oxygen levels, which is perfect for larger diameter pipes where quality welds are required. This extra cold argon gas input is perfect for mitigating the extra heat produced by the Plasma / TIG process.

• The advanced design of the QuickPurge® System means that oxygen levels as low as 10 parts per million (ppm) can be reached every time, allowing zero colour welds to be achieved with no loss of corrosion resistance caused by oxidation.

• IntaCal® combined with the integrated PurgeGate® device makes it possible to safely inflate the systems with argon gas, for sealing and then purging the space between the dams where the weld joint is located. With PurgeGate®, any risk of over inflation is due to pressure or flow increase is eliminated.

• All systems are manufactured as standard with a hose for connecting a Weld Purge Monitor®, which can read oxygen levels down to as low as 1 ppm (accurate to 10 ppm).

• Materials used in the manufacture of QuickPurge® are such that they are resistant to the higher weld temperatures present and they don't outgas, thus preventing weld contamination.